The 14th of June the annual VKW Limburg Karting Cup was held at the outdoor karting track of Genk.

Just like the previous editions, I was asked by Patrick Dubois to reinforce his team (Esthedental Plus 1). As usual, two more drivers were added to the line-up. After a 3rd and 4th place in 2015 and 2016 respectively, our goal was (as always) winning the race.

During the qualifying I noticed that our kart wasn’t that good, especially in terms of topspeed I was struggeling quite hard. Luckily the chassis was quite good which compensated things a bit. During the 20 minute session I managed to qualify on pole in a field with 41(!) participants. I had a margin of 4 tenths of a second on P2

When I entered the pit after an hour into the race, we were leading quite comfortable. We re-entered the track as P4 but we already had done our obligatory fuel stop. My teammates were matching the pace of the leaders, things were looking good at that stage.

After some more solid stints we were back in the lead after the last driver change. We even had a 30 second bonus to our closest rivals! Patrick brought the kart home to secure our first win!

I would like to thank Tandheelkundig Centrum Esthedentalplus for once again a great opportunity and a great atmosphere within the team! 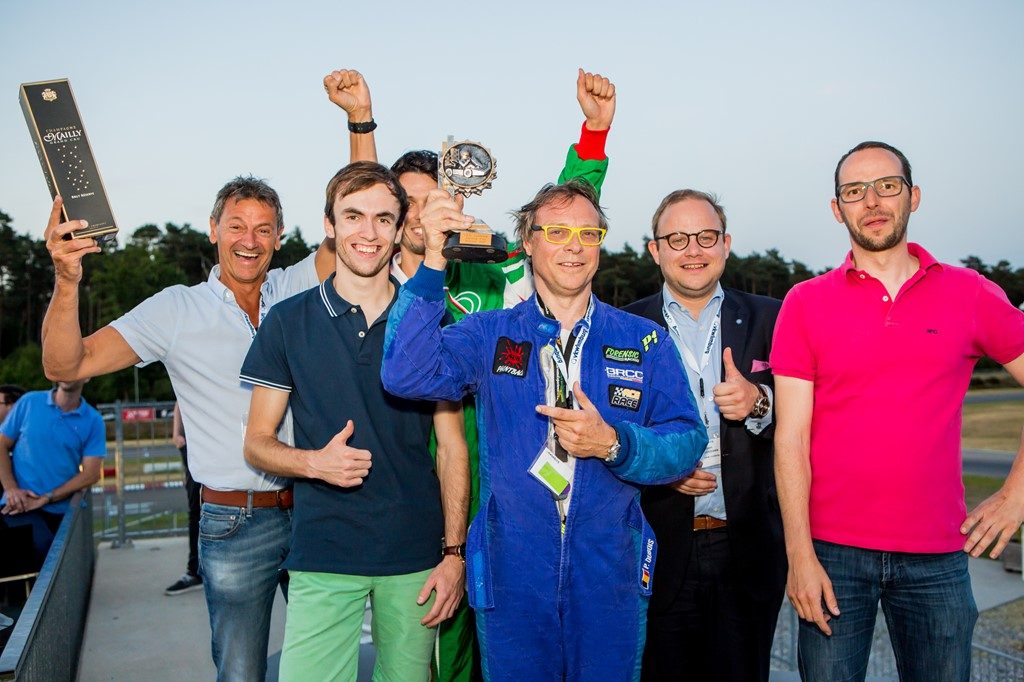