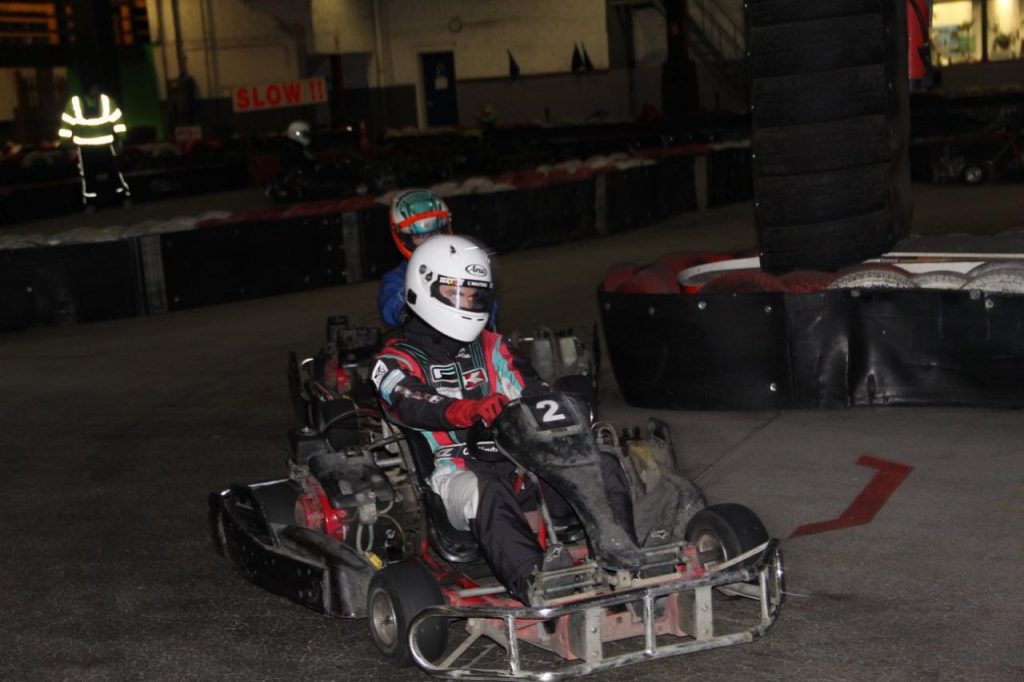 On the 10th of February, the start of the third season of the Formula Karting championship took place at the track of Dolhain.

For me, this was a step in the dark as this will be my first season in this high-level championship. Given the strong field of participants, I’ll be aiming for a top 5 spot overall.

On Friday evening I did some training together with my Traxxis teammates Ward Maenhout and Nick Van Ostade. We drove two 30-minute heats which was more than welcome for me. The last time I drove in Dolhain was in April last year.

On Saturday, there were five heats of each 17 laps preceded by a one-lap qualifying to determine the starting order of each heat. In each heat, you could take one short-cut but you were also obligated to do one (timed) pitstop. This was done to create more overtaking abilities.

With a 5th, 8th, 10th and two 3rd places, I eventually ended up in sixth overall. I wasn’t too unhappy about that result as I climbed up four places in the overall ranking with my last two heats.

My first few hot laps were a bit too conservative. My last ones were much better, mostly by taking more risk. A better overall result seemed quite impossible as I lacked that tiny bit of pace to the fastest drivers that day. All in all, very happy with the points scored for the championship!

The next race takes place in Essen on the 10th of March, a track I never really liked although I seemed to have found some pace during last year’s 12h race we drove over there. The format of that race will be four heats of 18 minutes each preceded by a one lap qualifying.

Next appointment is the 6h of FKI in two weeks where I will team up with Mats de Jong. After our win in 2015 and a second place in 2016 and 2017, we will do our best to bring home the victory for the second time.