Every year, the fan club of Marc Goossens organizes a 3-hour endurance race besides their annual ‘GP Marc Goossens’.

This sympathetic race was held on Sunday 21/10 and was driven at indoor karting Antwerp.

Moreover, there were very nice prizes to win for the top 3 of the race. The winners were given an initiation of Rotax Max on Venray, the second and third place each received an initiation of DFK Formula Honda on Venray, all offered by DFK De Feyter!

16 teams eventually signed up for this race, there were forced to reject a team because the race was full. A nice turnout for the first edition at Indoor Karting Antwerp.

The format was simple. The qualification lasted 15 minutes, followed by a 3-hour race. It turns out that a simple set-up can also provide an afternoon of fun!

Together with Yoeri Van der Gucht and Stefan Verhofsté – both Traxxis teammates – I appeared at the start under the (logical) name “Traxxis”. For us it was an excellent opportunity to ride on another track in a relaxed atmosphere with the chance to take home a nice prize.

Yoeri took the first 5 minutes of qualifying and could easily place us on P1. I took over from him for the last 10 minutes – I had not driven on the new track in Antwerp – and could eventually improve our time even further, which proved to be more than enough for the pole.

At the flying start I was well away and I could immediately make a gap on the rest of the field. After a good 1-hour race, I passed the wheel to Yoeri, we were a lap ahead of our closest competitors. Yoeri and Stefan were able to drive two very tight stints, which meant we never ran into problems and could steadily increase our lead.

We finally won the race with 5 laps ahead of “Speed ​​Freaks” who finished second. My Oracle Cars team-mate, Raf van Belle, finished 4th with his team (Racing for Hope).

Because of our victory we won an initiative Rotax Max on the circuit of Venray, something that will undoubtedly be a fun experience after having stopped racing for a while. 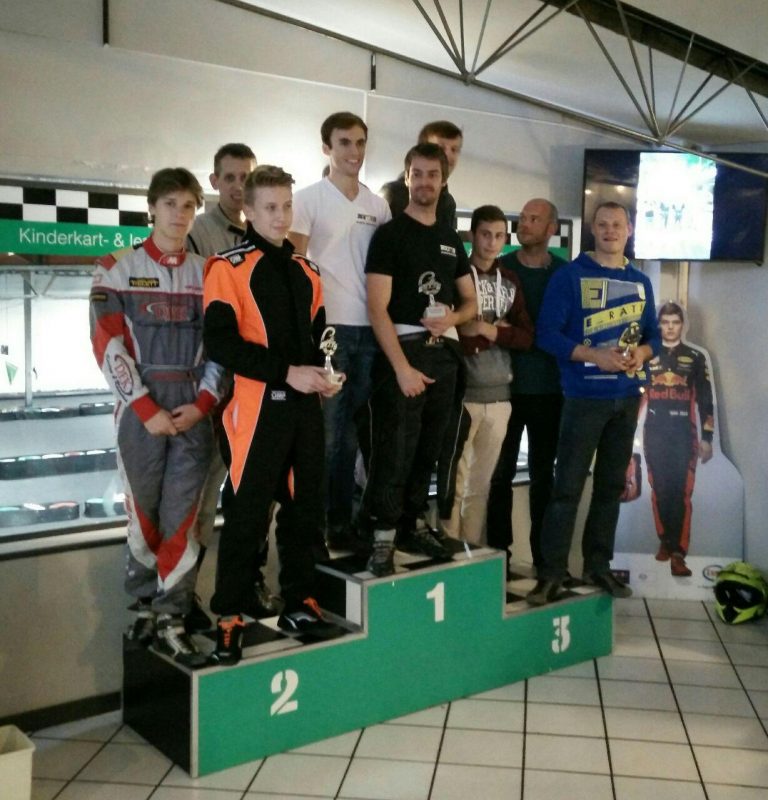