The second edition of the Belgian National Championship was held on Saturday the 1st and Sunday the 2nd of April at the indoor track of Hurricane Dolhain karting.

A few weeks before the start, I decided to drive a 4h endurance race with my Traxxis teammate Ward Maenhout as a preparation for the BNC. My pace back then was really good in comparison with other competitors, a big motivation boost for the BNC!

On Friday, the 31st of March, I drove three more practice heats together with some of my Traxxis teammates. The layout of the track had changed a little so this practice was certainly worth it. I changed karts with Stefan and Mats during these heats to compare our laptimes. I was within a tenth of both, knowing they are in an excellent form at the moment.

The qualifying heats were driven on Saturday. I managed to finish second, fourth, fourth, fifth and eleventh in these heats.

In my first heat, I became third initially untill race winner Rico Haarbosch was 5kg too light.
I think I got the maximum out of this heat, the eventual winner, Thom van Dijk, pulled away a bit too far on the straights to make a clean move.

During the qualifying of my second heat, I got one of the fastest karts, although it has to be said that the organisation applied a ‘Balance of Performance’ on that kart by adding 5kg which had to stay on the kart during the rest of the championship. This was done because the kart was found too fast… 5kg which ultimately cost me four important points in this race…

In the third race I got another decent kart but there was nothing I could do againt Benjamin Kaivers in an incredible fast kart. Thanks to a fast pitstop during the race I could pass Romano Franssen and Rico Haarbosch, I was second at that moment, behind Kaivers. Romano passed me a few laps before the end with a clean move. I knew I had to stay in front of Haarbosch to keep my hopes alive to get into the final. A lap after Franssen passed me, Haarbosch dived in a gap that wasn’t there. I was really surprised that the move was approved by the marshall who was standing in that particular corner. I ended P4, so again a couple of important points lost.

The fourth qualifying heat was incredibly tough and even with a medium kart I didn’t manage to get any further than fifth, frustrating as a few heats later a different driver won a heat with that particular kart whilst being quite a bit slower than me.

During the last qualifying heat, every chance to get into the final was taken from me by a guy who was already a lap behind. He decided to smash into the side of my kart a few corners after I lapped him, resulting in crashing me into the wall. I lost more than five places to end 11th in this heat. 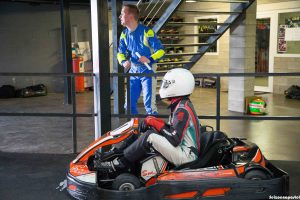 On Sunday I got kart 1. Initially it looked like it was a good one, untill it became clear a bit later in the final shootout that it was the second slowest kart.
I managed to qualify on P4 and thanks to a quick pitstop in the first lap I was in a good position to win the race. My Traxxis teammate Ward Maenhout was leading and holding up the rest of the field so I came closer every lap. Before the start of the race I made an agreement with Traxxis teammate Nick van Ostade to change places if I could help him getting in the final. He would do the same if I could win by letting me pass. Eventually my plan didn’t work out to get in the lead, partly thanks to a slower driver who took his shortcut and rejoined just in front of me. Because of that, I was forced to take my shortcut too but I lost quite some time in that lap being held up. Because I was at P4 again after all the pitstops, I decided to let Nick pass in the last corner of the last lap.
By doing that, I finished fifth in a race I possibly could’ve won despite being in a kart which was off pace by almost two tenths.

Eventually I finished 16th overall on 59 participants. Not the result I hoped for but it’s clear that a little bit of luck can have such a big influence on the final result, especially when the level of drivers is so high. Without letting Nick pass in the semi final, I would’ve finished 13th overall.

A pity to close two high level championships like this, knowing I had the pace to end much higher in the final ranking. Let’s hope I have that bit of luck on my side next time! 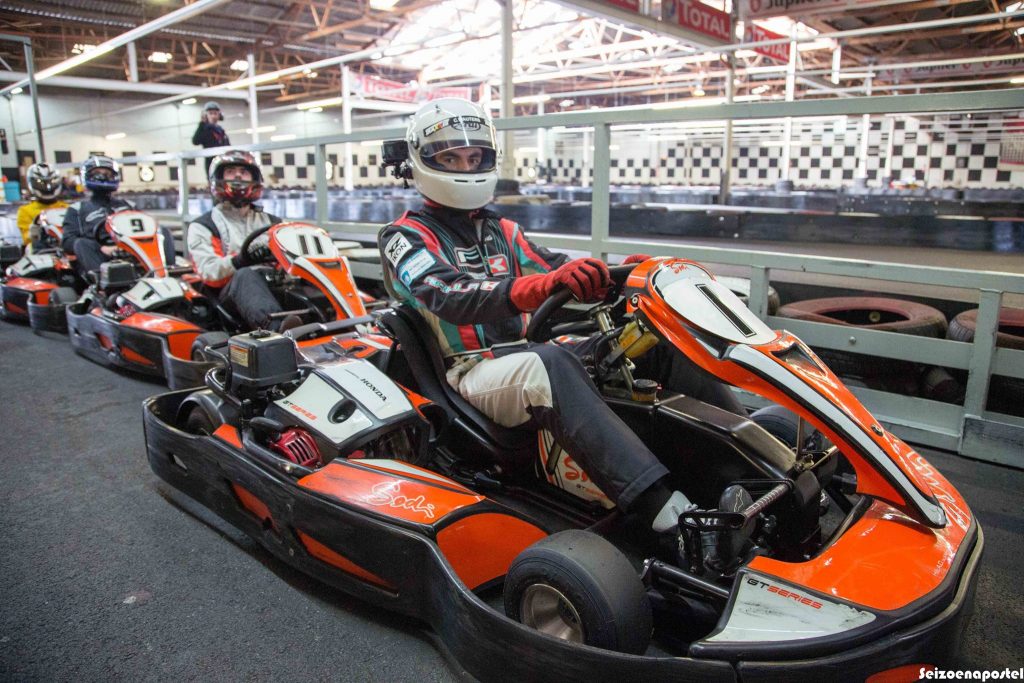