Tuesday the 17th of January, I drove my first race of the season, the ‘Kartzone e-Prix’ organised by Tim van den Acker at eKart in Ghent.

I formed a team with Sander De Baets and we drove under the nickname Traxxis Volt. We had two more Traxxis teams participating in this race. It looked like it was going to be a fun race with 9 teams.
There were 7(!) kart changes to make this race as fair as possible. The minimumweight was set at 80kg. There also was a ‘joker lap’ which were obligated during the four first stints.

Qualification was something special. We had to drive a crazy cart XL between some cones. Each team had to let two drivers do this course to get the fastest average time. I added an onboard during that qualification. A bit later it turned out Sander and I did the fastest time so we could start on pole.

I took the start of the race and drove 40 minutes before I handed over the kart to Sander. Just before my second stop it went completely wrong when a driver got out of the pits but kept driving in the middle of the track while I arrived at full speed. I couldn’t avoid him so we touched quite roughly. Two corners later the guy I just crashed into also spun which made my crash a second time. I lost some valuable time.

Sander also drove 40 minutes and was struggling a bit in the beginning with his seat which kept sliding to the back, not easy to drive like that! During his first ‘joker lap’ he managed to fix that problem, his times went down quite significantly.

Afterwards we both drove another 20 minutes. Due to some uncertainties it wasn’t completely clear where our closest rivals (Traxxis Ohm – Yoeri VdG and Bjorn V) where. During my last stint I accidently did another ‘joker lap’ which made us loose about seven seconds. Luckily our advantage was just bigh enough to stay in front of them after our last kart change. Sander managed to stay in front.

Ultimately, Sander managed to increase the gap slightly which was enough to take the victory!
Congratulations to my teammates as well with their second and third place!

Don’t forget to check out the highlights of our race in the movie at the end of this article!

Personally this was far from my best race but I’m glad we could take this victory, always a good feeling to start the season on a positive note! 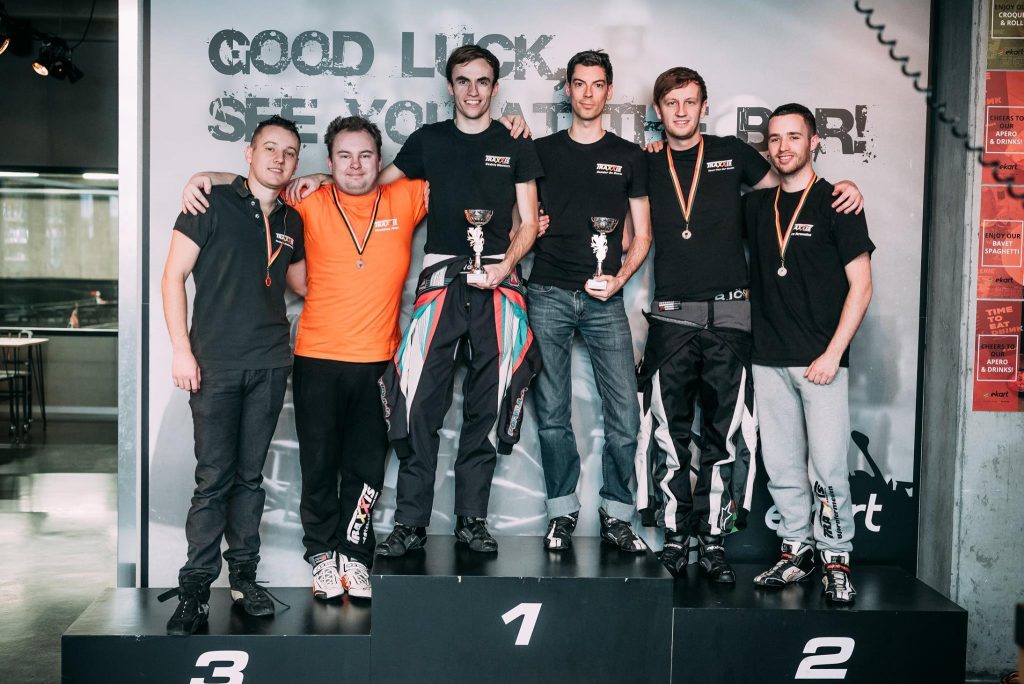 Coming up next is the Indoor European Kart Challenge at Middelburg, february 17-18!