The 18th and 19th of February the IEKC (Indoor European Kart Challenge) was held. I decided to enter this championship because I wanted to battle again with the best European indoor drivers.

Eventually there were 118 participants. The championship consisted of eight qualifying heats. The top 45 drove a semi-final and the top 15 drove the big final. The driver with the most points after the final won the title.

I was quite curious how things were going to go on Saturday as there were four heats in normal direction and only one in reverse direction. De other three heats in reverse direction were driven on Sunday. During every heat there was one mandatory (timed) pit stop to create more passing possibilities.

Each qualifying heat was preceded by two flying laps, an extra challenge which certainly had to play in my advantage.

Race 1: P5 in qualifying with a decent kart. I was a bit too conservative in my last fast lap which cost me P3 I think. I finished the heat on P6 after a pit stop which was a bit late, a missed chance as P4 was possible. An average start to the championship but nothing was lost.

Race 2: P4 in qualifying, a pretty decent lap, not much to say about that I think. At the start of the race I was held up slightly which made me decide to pit early. I had a clear track during 6 laps until the driver who started on P7 exited the pits just in front of me. A bad working laser gave him a 2 second advantage in comparison to the others. I finished the heat on P4 but because the leader was disqualified I moved to P3, my first podium. Not a bad result but I was a bit disappointed as it should’ve been P2.

After two races I was P30 in the overall rankings. All in all pretty decent as I knew that the normal direction was my weak point.

Race 3: I qualified on P6, really a strong lap. I fell back immediately after the start of the race and there was no way I could match my pace from qualifying. As I expected, my kart got slower and slower every lap. Apparently the brake pads started to touch the disk which caused a lot of friction. I finished at P8 with a kart that won the heat before, a pity…

Race 4: A catastrophic qualifying where I missed the braking point in turn 1. I immediately fell there was something wrong (again). After qualifying I noticed that the brake wasn’t attached properly anymore. I had to discuss this quite long in order to get a spare kart. A pity the race control resisted this so long… I started the race from P11 and with a decent kart I managed to storm my way up to P5 in only 15 laps! Luckily I managed to grab some points in the end although I think a podium finish was possible without the mechanical issue.

Race 5: Fantastic kart in an OK group. I only needed one fast lap to secure myself from pole position and this with an advantage of 0,33s on P2. At the start of the race I could immediately create a gap with the rest of the field. I drove to my first win of the weekend almost completely unthreatened. I really needed this win to stay in touch with the guys in front of me in the general ranking. 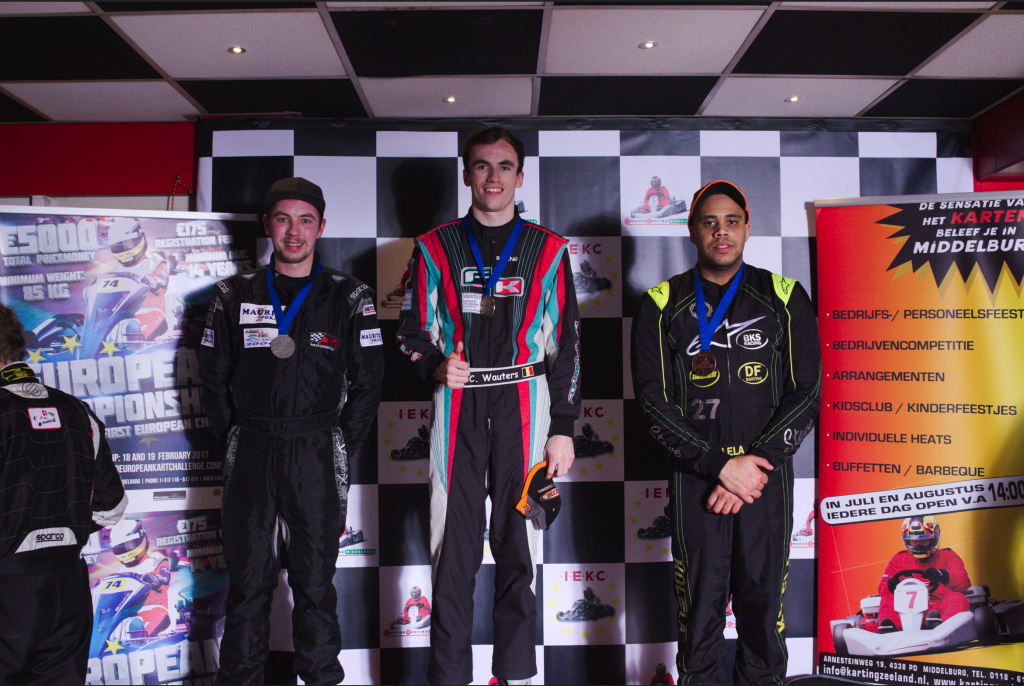 After the first day I was 26th overall and only 4 points away from a final spot. Considering the circumstances I was pretty happy with that although it was difficult to stay really positive as I only made one small error myself so far.

Race 6: In the sixth race I got a decent kart in which I managed to qualify on P3 with a difference of 0,05s from pole. A pity as I could’ve used that extra point for pole. At the start I immediately fell I couldn’t keep up with the two guys in front. I tried to stay in their bumper but there kart was too fast on the straights. I finished in third, my third podium of the weekend.

Because of this podium I moved to 22nd in the overall standings. The difference with the top 15 remained four points.

Race 7: Again a pretty decent kart and again third in qualifying. Actually almost the same story as in race 6 where I couldn’t keep up with the leaders in the race. I could follow the driver in 2nd the first few laps but he eventually pulled a small gap I couldn’t close anymore. He was driving the kart in which I won race 5 so I knew how good it was. I took no risks when doing my pit stop so I finished third again. I dropped a place to 23rd in the overall rankings but I still was four points from the top 15.

Race 8: Heat of death. A lot of very fast drivers and a medium kart didn’t predict much good. I managed to qualify on P5 which was a bit astonishing. This time I could follow the guys in front and I even had the feeling for a second that a podium was possible until the guy behind me decided to make a move although he wasn’t close enough. This resulted in quite a big impact where I lost two places. Luckily the driver who made that bad move got a penalty so I moved back to P6. That’s also the position in finished the race in.

Because of this sixth place I dropped three more places to P26 overall and eight points behind a final spot. Everything was still possible tough as you could earn double point in the semi-final. The semi-final was also driven in reverse direction which played in my favor.
A bit of luck in the kart draw was crucial but I knew a top three result was possible then.

Semi-final A: I had to drive semi-final A, I think that might have been the least difficult semi-final. At the kart draw, a lot of bad karts were already drawn so my hope on a good one rose until I drew kart 27. This kart finished dead last in semi-final B and C so it didn’t predict anything good. My courage dropped as I knew a final spot was now out of reach.
Eventually I managed to qualify on P11 on fifteen drivers. In the race it became clear pretty quick how slow this kart was. I lost a spot to finish on P12.

Because of this bad result I became 29th overall after what had been a weekend without big personal errors. Too bad I had too much bad luck which made a better classification almost impossible. 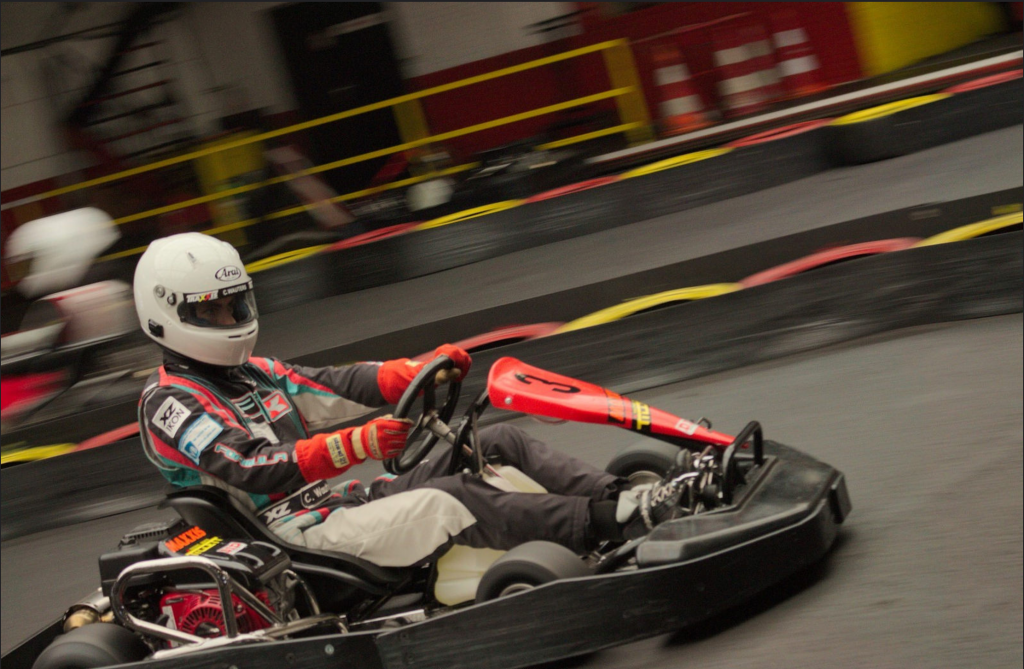